Are You Due for a Clothes Clean-out? National Secondhand Wardrobe Week!

Are You Due for a Clothes Clean-out? National Secondhand Wardrobe Week! 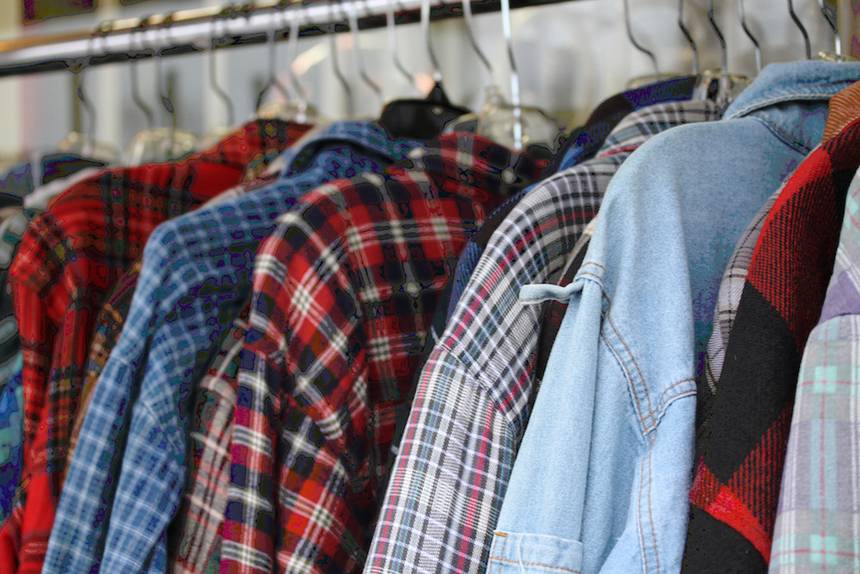 People seem to have more stuff than ever. The median American household contains over 300,000 things, and the average individual in the United States has five times the amount of clothes compared to people in the same socioeconomic class in the 1980s.

This week is National Secondhand Wardrobe week.  If you’re thinking of selling your home this year (or even if you’re not), this is the perfect time to de-clutter and to get rid of what you don’t need!  Here’s how donating your un-needed clothing can benefit you:

It Makes Your Life Easier

It may seem counter intuitive, but the less clothes you have, the easier your life will be.

That’s why CEOs such a Mark Zuckerberg and minimalists like the Essential Man, Peter Nguyen, have small wardrobes. When they choose what to wear, they only have a few options from which to choose, which makes them far less fatigued than they would be if they owned many outfits.

You can also avoid fatigue from the paradox of choice if you’re willing to give away some of your clothes, especially if they cause you to become disorganized and overwhelmed. This is something that has been discussed by Psychology Today:

“‘Our clutter makes noise’ that keeps us ‘upset and churned.’ When confronted with the piles and junk drawers we are also haunted with the ‘tyranny of shoulds,’ stemming from our feelings of guilt about our disorganization.”

If you want to feel less guilty about what you ‘should’ or ‘shouldn’t’ be wearing, simply get rid of clothing. It will be easier to be organized, while you’ll also gain the ability to be more decisive.

Of course, if you’re planning to move, getting rid of excess clothing now will ease the selling & transition process that much more!  You’ll have less to organize to prepare your home for photography and showings. Plus, you won’t have as much to haul on moving day.

You can help clothe the whole world

Believe it or not, the clothing that you donate to your local thrift shop could end up being worn by someone on the other side of the world.

Given the unnecessary amount of clothing that people in the U.S. own, local thrift shops often receive more clothes than they need. In fact, they only keep about 40% of what they receive in the United States, and the rest of it is shipped off to other countries where the need for clothes is much more significant.

In fact, NPR reported that a large portion of the clothing Goodwill receives ends up in Africa:

“Charities like Goodwill sell or give away some of the used clothes they get. But a lot of the clothes get sold, packed in bales and sent across the ocean in a container ship. The U.S. exports over a billion pounds of used clothing every year — and much of that winds up in used clothing markets in sub-Saharan Africa.”

This means that in order to help someone thousands of miles away, all you need to do is go to the nearest thrift store drop-off box.

Care for the planet

Even if your clothes are made of organic materials, throwing them away is still detrimental to the earth.

Pretty much anything that goes in the trash inevitably ends up in a landfill, where your discarded clothing will still emit dangerous gases, even if it isn’t made of inherently harmful materials, according to PlanetAid.org:

“But landfills lack the oxygen needed for organic materials to break down so, when clothing does end up in a landfill, it decomposes through anaerobic digestion. This process results in the emission of dangerous greenhouse gases that, in a landfill, are largely uncontrolled and end up escaping into the atmosphere.”

It’s pretty surreal how harmful your clothes can be if they aren’t properly recycled, so rather than contribute to the emission of greenhouse gases, donate your clothes so someone else can wear them.

With over a decade of experience with buyers and sellers in the Triad area, and ranked in the top 1/2 of 1% of agent in production among Triad Realtors, Ashley Lay Real Estate is your go-to source for all things real estate.

Search the full MLS and Exclusive Property Listings.
(Prices and inventory current as of May 20, 2022)